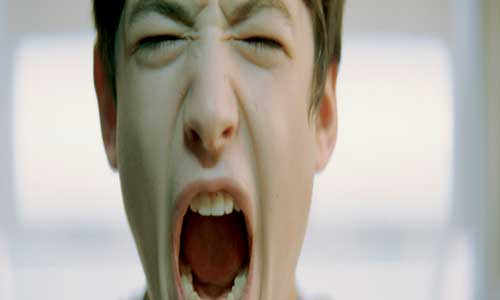 In attempting to explain why a group of high school teenagers in California covered up the murder of a classmate, screenwriter Neal Jimenez and director Tim Hunter’s River’s Edge (1987) blames the impact of media for the inability of the teens to feel any sort of emotion. Clarissa tells the protagonist Matt (Keanu Reeves) that she cried watching Brian’s Song, the TV movie about the football player who died prematurely of cancer, but she’s unable to mourn for Jamie, her deceased friend. At the end of the film, all the kids file past Jamie’s casket, still unable to shed a tear, presenting us with a bleak view of teenagers who seem incapable of differentiating between mediated experiences and those occurring in their own lives. Afterschool (2008), Antonio Campos’s disturbing debut feature, mines similar territory to River’s Edge, but, in this case, it’s about young teens whose lives have been impacted by new technologies, such as YouTube videos and the Internet.

Afterschool played in the Un Certain Regard section of the Cannes Film Festival last spring, and was screened at the prestigious New York Film Festival this fall. Made by an incredibly talented twenty-five-year-old filmmaker, who studied film at NYU, Afterschool tells the story of Robert (Ezra Miller), an alienated and depressed high school sophomore at Brighton, an elite boarding school. The film opens with Robert watching the type of material easily accessible on the Internet, including silly home videos, the lynching of Saddam Hussein, brutal war footage, and violent pornography that turns him on.

Whereas Gus Van Sant’s Elephant charted the architecture of the prison-like school building as contributing to the social dislocation and regimentation of suburban high school kids as they shuffle between classes and respond to class-period bells, Jody Lee Lipes’s cinematography does a great job of creating the sterility of life at a privileged boarding school, where the interior white walls at times suggest the inside of a psychiatric ward. Both Campos and co-producer Josh Mond attended the same prep school, so it’s not surprising that Afterschool provides trenchant commentary on that experience. Campos highlights the inane bromides of the headmaster, Mr. Burke (Michael Stuhlbarg), at morning assembly, as well as the disingenuous manipulations of the guidance counselor, Mr. Virgil (Gary Wilmes), who builds up trust with students only to betray them to an administration, whose only goal is keeping the families of their wealthy clientele happy.

In English class, Robert fixates more on the female teacher’s anatomy – her crotch, ass, and breasts – than on Hamlet, the thematically relevant Shakespeare play they’re studying. When the teacher quizzes Robert about Hecuba’s soliloquy, he tells her, “Hamlet’s going to have the actors re-enact the murder in front of the stepfather . . . uncle.” The teacher adds, “He’s going to play out the play, and have his own stepfather play out the crime. And hopefully his guilt will drive a confession out of him.” As the title indicates, however, Campos is more interested in depicting what the kids do in their spare time within the trapped confines of boarding school, where conversations in the cafeteria sound remarkably similar to banter from the porn videos the kids voraciously consume on their computers.

The two eventually do have sex in the woods – an intensely awkward scene in which Robert still wears his blazer. “Did I hurt you,” he asks afterwards. “Yeah, a little,” Amy answers. He removes his jacket and shirt and gives her his T-shirt, which she presses against her crotch. The scene of their loss of virginity feels like it lasts for an eternity. In the cafeteria, Robert whispers about his “score” to Dave, who immediately offers to give Amy a ride home to Manhattan on the weekend.

Robert unwittingly films the overdose of the popular twin sisters, Anne and Mary Talbert – a scandal that naturally wreaks havoc at the school – with his video camera. The film-within-a-film aspect of Afterschool might seem like a trite plot device, but Campos cleverly complicates it. Due to his interest in video, Robert is asked by Mr. Virgil to shoot an homage to commemorate the two victims. Robert goes around interviewing students and even the parents of the twins when they visit campus, but when Mr. Burke sees the results of Robert’s work, he’s completely outraged and disappointed. He tells Robert: “I’m no editor, but I can safely say that was probably the worst thing I’ve ever seen. You didn’t even have music!” As Robert indicated to Mr. Virgil earlier, he’s attracted to short video clips on the Internet that seem “real.” As might be expected then, his own video project deliberately leaves in all the material that normally would be excised in editing. One of the pleasures of Afterschool involves seeing the comparison between Robert’s raw depiction of the events and the sanitized version the school eventually produces as a memorial tribute.

Not so ironically, Afterschool eschews any type of music as well. Campos tries to create an almost clinical emotional detachment from the material he presents, as befits his subject matter. Campos shows a propensity for languid pacing, long takes, wide shots with an anamorphic lens, and odd compositions. He’ll often place two figures at the very edge of the frame, or he even partially chops off parts of his subjects – the way Vincent Gallo sometimes framed his characters in Buffalo ’66. In the scene where Robert tells his mother on the phone that he’s not fitting in, at one point he disappears from the frame entirely. Campos sometimes shows us the back of Robert’s head rather than his face in a manner Gus Van Sant often portrayed his youthful characters in Elephant.

The acting of the teenagers in Afterschool is pretty much deadpan. Ezra Miller plays Robert with about as little affect as someone on lithium – the disembodied words seem to stumble from his mouth as if they’re secretly being delivered by a ventriloquist just offscreen. After the tragedy, Mr. Virgil attempts to puncture the armor of Robert’s lack of response by asking, “What do you think of your mom? Do you know she has crabs so big I ride them to work?” Rob stares at him blankly and finally blurts out, “What?” It’s the guidance counselor’s creepy way of trying to relate to teens.

Like Alex, the troubled and guilt-ridden skateboarder from Van Sant’s Paranoid Park – a film that Afterschool in many ways resembles – Robert does, in fact, harbor very dark secrets (as does every character). And if Afterschool conjures up associations to several recent films, it’s ultimately Michael Haneke, who seems to be a direct influence on this extraordinary first feature. Whatever the case, you have to admire the uncompromising formal rigor of Afterschool, which insists on being taken on its own terms. It’s one of the best American independent films I’ve seen this year.

Afterschool was selected for the “Best Film Not Playing at a Theater Near You” series – a small group of the most notable indie films unable to find distribution – at MoMA last month. When truly outstanding films such as Afterschool and Lance Hammer’s self-distributed Ballast are struggling to find their way into theaters, it’s a sad commentary on a distribution model that everyone agrees is broken. Campos himself seems to have a much more balanced perspective on the problem than Mark Gill’s much ballyhooed remarks “Yes, The Sky Really Is Falling” this past summer. In recent comments in Filmmaker, Campos suggests that independent cinema might have to return to its “pre-gentrification” roots. He talks about the need for budgets to get smaller, and suggests that limitations often inspire creativity – something Maya Deren stressed many years ago – as well as the importance of making the films you want. Campos writes: “As I continue to make films, I hope my audience grows and whether they see them in the last few theaters left in their town or on their TV or on their computer, I can’t predict. As long as they’re not watching them on their cell phones, I’m happy.”