Indie Film in the Cross Fire

Indie Film in the Cross Fire 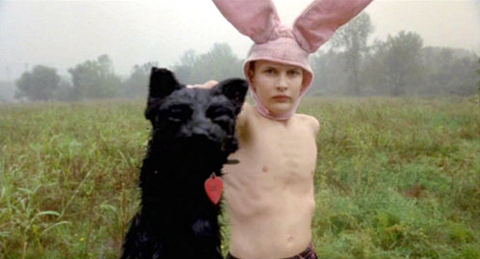 Producer Mike S. Ryan has written a very provocative piece about indie cinema, entitled “Straight Talk,” in the latest issue of Filmmaker. He writes: “What concerns me, though, is not the slow, vague emergence of new business strategies but the idea that filmmakers need to adjust their ideas to conform to these so-called new models.” He makes an ardent defense of indie work that might not be commercially viable or adaptable to viral marketing plans. This comes on the heels of Michael Tully’s “The TAKE-BACK Manifesto,” which appeared on indieWIRE. Tully’s manifesto takes aim at the countless panels about social networking as a promotional tool.

I agree with Ryan on his point that filmmakers really need to concentrate their main energies on doing their work. I suspect that Ted Hope’s “The Twenty New Rules: What we all MUST TRY to do prior to shooting,” which he posted on his blog Truly Free Film last November, might be one of the hidden targets of both pieces. Hope’s notion that indie filmmakers, on top of making films, should be promoting them endlessly via social networking strategies is a daunting and unenviable task. I confess I get exhausted just reading through Hope’s wish list. A colleague asked whether I’d ever make another film if I had to do this. I told him, “absolutely not.” Note that Ted Hope’s checklist is what you’re supposed to be doing before you shoot the film. What about after it’s done?

Filmmaker Jon Jost commented on Hope’s site at the time: “I sincerely doubt that Godard Tarkovsky Rocha Marker Gehr Hutton Antonioni Dorsky Parajadnov and a list of 1000 other really great filmmakers ever gave 10 seconds of thought to the above [Twenty New Rules]. This is not about filmmaking, it is about marketing. This is 100% bought and sold into the Great Market Economy mentality, and there isn’t a milligram of ‘truly free’ about it at all. This is like Jeff Koons in the ‘arts.’” I’m not surprised that Jon Jost’s remarks were ignored by Hope as well as the other respondents. Ironically, Jost wrote about the death of indie cinema in 1989, while Ted Hope wrote its obituary in 1995.

Mike Ryan is right that such endeavors can drain the creative energy of indie filmmakers and take them away from what’s really essential, which is making the best work possible. In his very measured response to Tully’s “The TAKE-BACK Manifesto,” Brian Geldin over at The Film Panel Notetaker quotes me as pointing this out in relation to Susan Buice and Arin Crumley’s Four Eyed Monsters (FEM) some years back. Their indefatigable self-promotion, which turned their film and digital media project FEM into the hit it would not have been otherwise, is laudable on some level, but depressing on another. I expressed the concern that, in their obsession with promotion, Buice and Crumley risked becoming full-time marketers rather than artists.

The notion that the marketing campaign needs to start before the process of making the film is a Hollywood idea, so Ryan and Tully and Jost are right to be critical of applying it to indie cinema, which many of us would prefer to provide some type of alternative practice. Ryan writes: “We need to get back to the heart and soul of what it means to be independent and stop chasing the mainstream dragon; it was a pipe dream to begin with.” In addition, such strategies only work for a certain type of film. It’s like designing the CD cover before you’ve ever sat down to make the music. It also makes the actual production of the film seem like a mechanical process rather than one of exploration and discovery. How can mimicking the methods of Hollywood be the brilliant new liberating strategy for indie cinema?

Mike Ryan suggests that good work will always be recognized by the market, but I wish I shared his implicit faith that talent always gets recognized and rewarded. Successful people or insiders always seem to make this claim, yet I have a sneaking suspicion that sheer luck might be an equally critical factor. Ryan concedes that truly visionary or more difficult work may never find success in the mainstream. I don’t bemoan the fact that Gummo, Munyurangabo, Frownland, or Severed Ways: The Norse Discovery of America never played at my local multiplex. These films don’t represent a mainstream sensibility. Yet there’s definitely a smaller audience, a niche market, for more difficult and challenging work.

In the case of someone like Béla Tarr, the financing of international art cinema represents a very different context. American indie filmmakers labor under the large shadow cast by Hollywood – the most entrenched film industry in the world. If indie filmmakers make a feature, they are automatically competing against Hollywood, which just happens to control the major distribution outlets. That’s a pretty hard battle to win.

Mike Ryan writes: “There is a problem with independent film today, but it’s not that filmmakers don’t have access to the marketing tools they need. If we create strong innovative work audiences will come, and in turn, new forms of profit will evolve. But if we start by encouraging filmmakers to please as wide an audience as possible then we will destroy what is alive and essential about alternative cinema. New distribution strategies are inevitable, but we should not allow our search for new platforms to dilute the content or crush the dreams of our next generation of auteurs.”

Mike argues that distribution isn’t the big issue plaguing independent film today. He insists it’s always been a problem for indie cinema, but I think we have to concede that things have gotten much worse. Doesn’t Ronnie Bronstein, who made Frownland, deserve to get his money back, or how about Lance Hammer or Chris Smith? I’m still waiting for someone to put out the DVD of Chris Smith’s The Pool, which premiered at the Sundance Film Festival how many years ago now? So distribution remains a huge roadblock, and illegal downloads are helping to destroy what little market there remains for low-budget independent cinema.

If you live outside of New York City, it’s next to impossible to see the best indie work being produced. The current theatrical model that plays the film in a smaller market such as Madison, Wisconsin (if at all) many months later and a couple of weeks before the DVD release is not helping indie filmmakers find an audience. There is an audience for independent cinema, but those of us who live outside NYC or Los Angeles would like to be able to see the new films when they are released and we’re first reading about them, not months later. It’s really a challenge to see truly indie cinema these days.

Mike Ryan concedes that some brilliant films out there aren’t finding their audiences. He doesn’t blame the filmmakers, but that fact that youth culture has been co-opted. Ryan writes: “It’s the fault of the youth audience whose minds have been melded by the corporate consumer-entertainment machine. What was potentially indie film’s next greatest audience didn’t materialize because it never learned about true rebellion, what counter culture means and where it is often found. It’s often conjured up and cultivated under smelly overpasses by angry outsiders, not in corporate-sponsored high-tech think tanks by salaried media trend experts.”

I was initially taken back by Ryan’s indictment of youth culture (as a gross generalization), but I think his remarks need to be placed within the context of some of the views expressed in Anthony Kaufman’s column “Youthquake: Where Is the Under 30s Audience For Indie Film?” in the same issue of Filmmaker. Kaufman quotes Alex Johnson of WBP Labs as saying, “I’ll stream movies on Netflix, rent from my Xbox, use torrents, whatever is easiest. If I can watch something on my cell phone, I will.” Because in the new age of watching-whatever-you-want-whenever-you-want, according to Johnson, “it’s really about being able to watch it immediately and talk to other people about it and be a part of that conversation.” Johnson later “suggests that ‘event-izing’ a film can work for both big movies – like Twilight-watching parties – and small movies, if a group of like-minded young folks can embrace seeing a film as a social happening.”

Both Ryan and his Hammer to Nail colleague Michael Tully make a point of emphasizing that they are only interested in the quality of the film, whereas Johnson appears less concerned about film as an aesthetic experience than as something about which to converse – in other words, social networking. Immediacy and the social experience appear to trump everything else. Ryan later concedes that it’s not entirely young people’s fault, but the fact that indie film has been co-opted by the mainstream, robbing it of the vitality that differentiated it in the first place.

Mike Ryan says: “I am not into indie film because I like being part of an indie ‘community.’ I don’t help make bold, boundary-pushing work because I want to connect to or be part of a group of outsiders.” Because I personally believe that indie film is a community, I was puzzled by his remarks until I was able to place them in context. It’s like art museums having singles nights for young people, hoping that they might notice the art on the walls once they’ve been lured to the museum by the prospect of drinks and music and social interaction. Ryan and Tully only care about the art on the wall or, in this case, the quality of the film on the screen.

Alternative methods need to be explored for connecting indie films with audiences, but they should not take priority over the actual quality of the work. You have to have something worth marketing, or what’s the point? Michael Tully concludes: “All of this talking about ‘finances,’ and ‘connecting’ and ‘publicity’ is the insidious language of a corporate, numbers-before-content mindset. Truly personal, independent cinema has never been preoccupied with these details, and making us feel guilty for not caring about them is not the answer. You’re only driving the most talented souls away. Can we get back to talking about movies, please?”