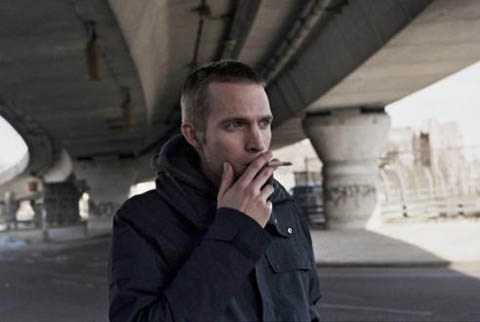 Gregory Kohn’s debut feature Northeast (2011) explores Brooklyn as a hub for immigration by young people who drift there from other parts of the country. There is a sense that most relationships are transitory. Because most young folks are recent transplants, everyday social interactions have an inherent awkwardness about them that stems from people not really knowing each other very well. “I’m sorry, I totally forgot your name,” Will tells a guy named Mark early on, but it turns out Mark can’t remember his name either. Parties, such as the one we view, are a mob of strangers rather than a communal gathering. The attendees might as well be at a local night club. Given the current state of the economy, career dreams have faded for this age group, resulting in anomie and alienation. In this regard, Northeast manages to capture the texture of life for this millennial generation in a profound way.

Northeast focuses on Will (David Call from Tiny Furniture), a character who has about as much affect as a serial killer. In fact, Catherine Goldschmidt’s camera frames him like a hustler through tight framing, as he hangs out on the streets of Brooklyn. He’s a guy who seems to be on the perpetual make, as he stands on corners or seems to be in a rush to go nowhere. Goldschmidt shoots a number of scenes in which Will is isolated in abstraction, such as against out-of-focus car lights, or when vehicles whiz by in from of him as blurs of color, as in my own Highway Landscape (1971-72). As he rides his bicycle through busy traffic in one stunning visual sequence, he continually shifts between figuration and abstraction. And the film’s final image, after Will leaves the frame, remains out of focus. In fact, one of the major strengths of Northeast is the inventive way it’s shot, including its grainy 16mm original format.

Not much happens in Northeast. We basically follow Will through a series of brief loveless affairs. His escapades do not seem so much like an obsession (as in the case of a sex addict), as a way for him to fill up the empty time in his life and avoid looking for a job. After sleeping with a woman named Leah (Megan Tusing), he stares at her in bed before his mind wanders away. He tells her he’ll call, but when she presumably calls him, he avoids answering his cellphone. At one point, Will buys a stolen bicycle for $60, even though it’s winter. This provides him with some distraction, as well as a means of transportation and seduction. He arrives unexpectedly at an old school chum’s door, and gets her to go bike riding with him. Despite the fact that he considers Lauren (Lauren Shannon) to be a bad housekeeper – she has roaches in her apartment and a filthy stove – he conveniently moves in with her when his roommate’s wife comes to town. The relationship, however, ends abruptly when she returns home from work. Why? The scene contains no dialogue and it’s never made clear, but perhaps she’s found out the real reason for his sudden attention to her.

Kohn buries the motivation of his characters. Will’s roommate Jason (Jason Selvig) is married, but what that’s about remains unclear. Will, in particular, is opaque and impenetrable and, hence, something of an enigma. We know virtually nothing about him. Although he’s constantly on the prowl, the intimacy of sex only seems to make him more restless. At one point, Will picks up an older woman named Caroline (Laura Ford) in a library. He cruises her in the book stacks with quick glances before approaching her by saying, “Excuse me, sorry, I don’t mean to be weird . . .” As she plays cards with Will and Jason afterwards, Jason asks her about her life. In college, Caroline studied art history and dreamed of running a gallery, but she’s now working in a “boring and useless job” in real estate because it pays the bills. Hanging out with two younger men, she’s made to feel self-conscious about her age, especially when Jason tactlessly asks her how many kids she has. After Caroline excuses herself, she explores her face in the bathroom mirror, and tries to smooth out the bags under her eyes. It’s a poignant moment in a film where emotions, for the most part, have become hardened. The next morning, Will watches from the window as she disappears down the street, never to be seen again.

Will earlier attempts to pick up a friend’s girlfriend named Molly (Eléonore Hendricks from Daddy Longlegs and Bad Fever). She turns him down for ignoring her earlier at the party, but he later borrows a car to visit her and her boyfriend, Patrick (Tate Ellington), in the country. As the three of them are outside exploring nature, at one point Will makes a calculated move toward Molly, but she quickly withdraws to the security of Patrick. Their relationship and retreat from the city provides a striking contrast to Will’s string of one-night stands in Brooklyn, so that the tree that’s tattooed on his arm suddenly takes on symbolic meaning. There’s something very pathetic, even scary about Will, whom the film views with icy detachment.

The formal qualities of Northeast are what allow the film to transcend its episodic naturalism. Many scenes climax abruptly, leaving gaps in the narrative. The vacuous dialogue, which struck me as a form of anti-dialogue, is deliberate on Kohn’s part. And the film’s utter lack of music to create emotional resonance for the characters seems a perfect aesthetic decision. Kohn told an interviewer: “There’s not a line of dialogue in the movie that means anything at all. I can’t stress that enough. . . I’d rather show that there is tension and conflict in the subtext. You have to search for it, and I didn’t want to provide music that would clue the audience into that; I want the audience to have to work.” That is certainly a noble ambition, which, in this case, provides rich rewards.

Kohn’s Northeast, which is being released by Tribeca Film, is currently playing on VOD.