Butter on the Latch

Butter on the Latch 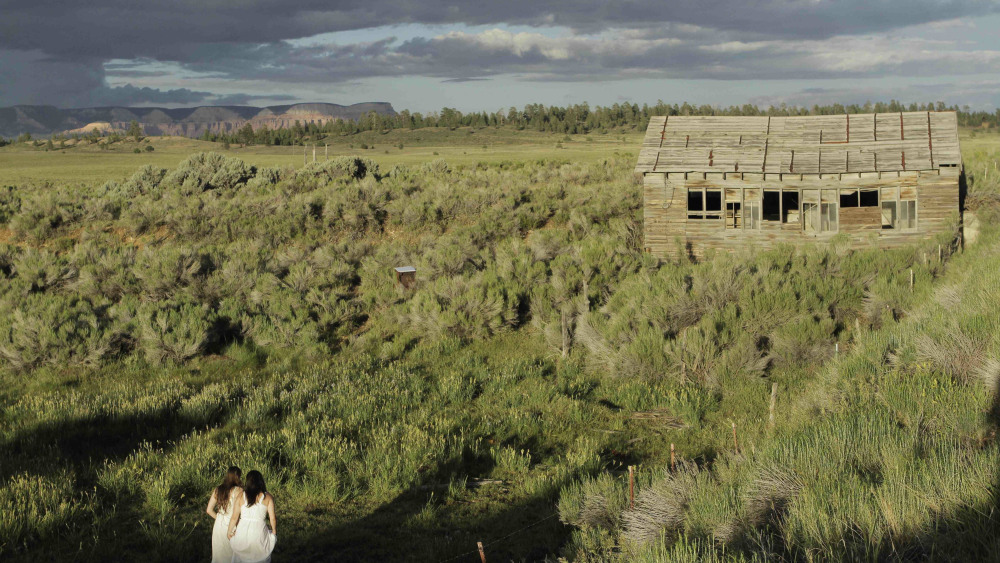 Josephine Decker’s evocative feature Butter on the Latch (2013) manages to create and sustain a palpable sense of anxiety, dread, and foreboding throughout its riveting 72 minutes. Using a five-page treatment rather than a traditional script and employing improvised dialogue from its three main characters, Decker’s film probes the psyche of a young woman who slowly becomes unglued. Butter on the Latch explores the space between dream and reality in a way that recalls Maya Deren and Sasha Hammid’s Meshes of the Afternoon (1943) and David Lynch’s Mulholland Drive (2001), especially in the way the film engages our perception of events. Butter on the Latch is shot in an impressionistic and elliptical experimental style – a mixture of fluid camera work and choppy cutting – that relies more heavily on poetic details than conventional narrative.

After attending a play, Sarah (Sarah Small) receives a phone call from a friend, Pony, who finds herself in a threatening situation at an unknown location. The news freaks out Sarah, who begs Pony to flee immediately. Decker’s gifted cinematographer, Ashley Connor, shoots Sarah closely with a hand-held camera, creating a sense of urgency and vulnerability. As Sarah panics, the camera spins out of control in quick, sweeping movements (at one point focusing on the seat of a parked bicycle), as if mirroring her mental state. The film cuts to a shot at night, as Sarah screams loudly, kicking and shaking a metal gate, fully aware that her meltdown is occurring in public. After Sarah goes dancing at a club, she awakens to find herself in a predicament similar to the one described in the phone call. Frantically grabbing her clothes and belongings, she manages to escape out a garage door. The scene feels terribly unsettling, as if Sarah is living a nightmarish dream.

Shortly afterwards, Sarah meets up with a friend, Isolde (Isolde Chae-Lawrence), at a Balkan music and dance camp in rural California. While in the bathroom, the two women, both wearing headlamps, catch up on what’s been happening in their lives. Isolde has just gotten out of a bad relationship two weeks earlier and is looking to restart her life. Sarah confides in her about a sexual experience with a guy named Simon, who just went back to London. When Sarah asks Isolde why she’s sure that her four-year relationship is actually over this time, her friend avoids answering. Instead she relates an erotic story about getting a body scrub from a guy at a place in the East Village. In telling the story, Isolde re-enacts the experience as if she’s the masseuse and Sarah is her. That sort of strange shift in identities or transference lies at the heart of Decker’s arresting psychodrama.

At a picnic, Sarah again attempts to converse with Isolde about her ex-boyfriend, but the two of them become distracted by a tall, good-looking banjo player at another table. Sarah finds the guy, Steph (Charlie Hewson), cute, but Isolde denies finding him the least bit attractive. Later that night, Sarah dances with Steph and she and Isolde hang out with him afterwards. As the women head back to their cabin in the dark, illuminated by their headlamps, Sarah suddenly brings up the experience with those guys at that awful house, which sounds very much like a rape, but Isolde changes the subject. Sarah flirts with Steph, but remains preoccupied with Isolde, who haunts her dreams. Sarah also becomes jealous when she spies Isolde with Steph, suggesting that a romantic triangle is starting to develop.

Decker is less interested in the mechanics of plot than in conveying the way events play out in Sarah’s mind. The Balkan music camp and the dense forest provide an eerie storybook setting, and the film benefits from the strong, naturalistic performances by Small, Chae-Lawrence, and Hewson. The fact that nothing is as it appears, the mysterious shifts in the behavior of its characters, abrupt tonal changes, and confusion between dream and reality all serve to create a strong undercurrent of paranoia. The camera contributes to this by often moving away from the characters to focus on images in nature – a slithering banana slug or smoke drifting up over the trees – which turns nature into an equal player in the drama.

In discussing the symbolism of a folk tale that Sarah has earlier related to Isolde, an instructor at the camp suggests that, according to Bulgarian folklore, spirits can implant themselves in nature. She tells Sarah, “So it’s not like the thing itself is bad, but a spirit may go into it and make it into a kind of evil thing.” In many ways, that could serve as one possible explanation of what we witness throughout Decker’s film. Butter on the Latch plays with the trappings of the horror genre and delivers on it in powerful, profound, and unexpected ways.

Decker is a performance artist and actor who has appeared in a number  of  independent films, including Uncle Kent (2011) and Art History (2011) by Joe Swanberg. She released two of her own films this past year – the other being Thou Wast Mild and Lovely (2014), which stars Sophie Traub, Swanberg and Robert Longstreet. I prefer Butter on the Latch, which I consider one of the discoveries of the past year. Decker’s films are available on VOD from several sources, including Fandor, iTunes, Vimeo, and Amazon.