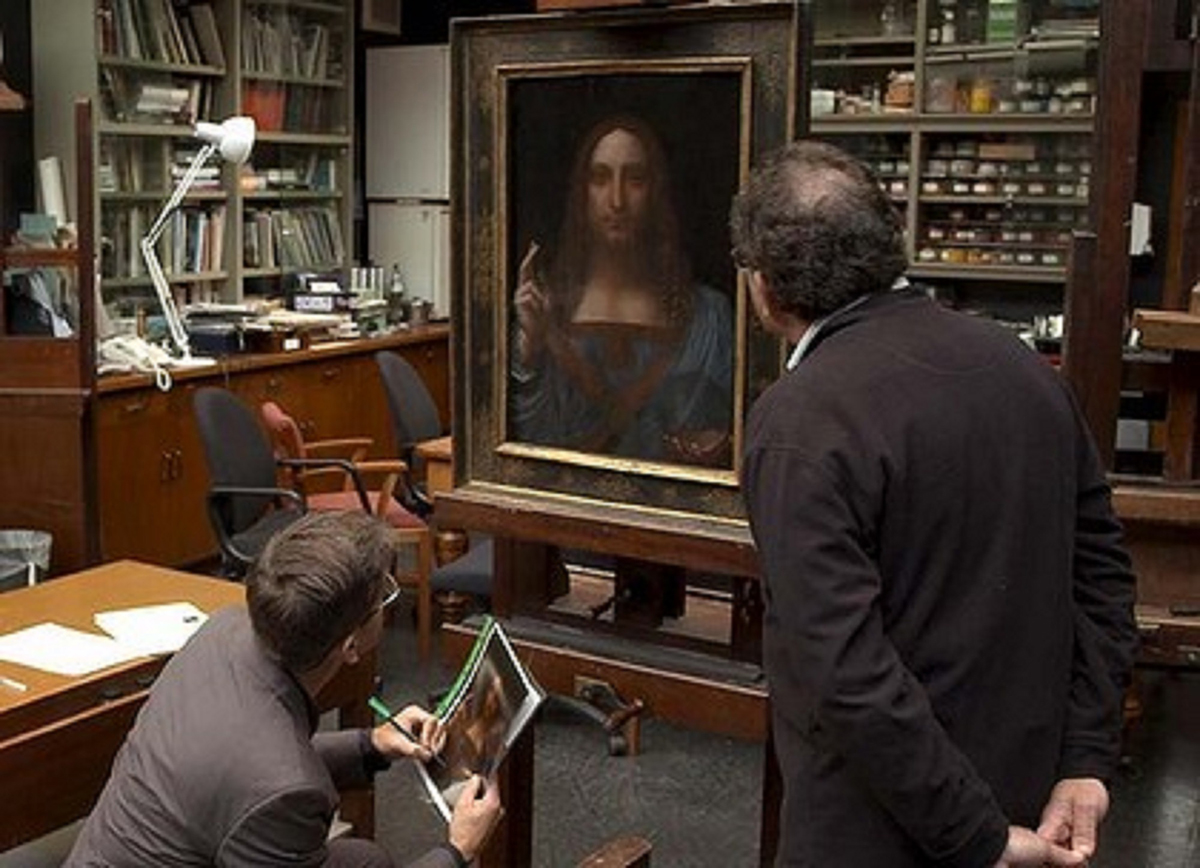 I saw the Danish filmmaker Andreas Koefoed’s new documentary The Lost Leonardo at the Tribeca Film Festival. It’s currently playing at Film Forum. Like the Netflix film, Made You Look: The Story About Fake Art, it documents an art world so obsessed with money that its players are willing to deceive themselves in order to benefit handsomely.

In this film, art restorer Dianne Modestini plays a similar role to former Knoedler director Ann Freedman in helping to set in motion what appears to be art forgery. Various members of the art establishment also play pivotal roles in perpetuating the charade. While there are skeptics along the way, the two most vocal critics turn out to be Jerry Saltz and Kenny Schachter, who manage to speak openly and critically in denouncing what they consider to be a major scam.

The highly questionable “Salvator Mundi” painting by Leonardo Da Vinci was bought for a pittance at a New Orleans auction. Eventually dubbed the “Male Mona Lisa,” the over-restored work broke auction records by selling at Christie’s for $450 million. The tale is certainly intriguing enough, even though—if you know the art world at all—the seamy underside of the business is entirely predictable. The same goes for its cast of familiar villains: shrewd investors, ethically challenged curators and museums, slimy art dealers, naïve and vindictive Russian oligarchs, cut-throat auction houses, and, in this case, Mohammed bin Salman, the crown prince of Saudi Arabia.

There used to be clear a distinction between such concepts as “truth” and “lies,” and “real” and “fake.” Like Made You Look, Koefoed’s The Lost Leonardo shows that money has finally succeeded in blurring those distinctions.